ABC Awnings invites you to visit some of these websites.

“When I heard Muddy Waters, I just freaked out!” he exclaims. After honing his craft in several early ’60s teenage garage bands (actually “apartment bands,” the neighbor-annoying NYC equivalent), Johnny was drafted and served as a combat MP in Vietnam. When his tour of duty ended, he moved to San Francisco and was soon making a name for himself with now-legendary blues men like Mike Bloomfield and Jimmy Witherspoon. Subsequently, Junior got his dream gig performing alongside the man who would christen him “Jr. Johnny”: the great John Lee Hooker. “Hooker said he wanted me to have a nickname and just gave me one on the spot,” Junior explains. “It stuck.”

Clear, concise articles on current events that are free of political correctness. The ruling elite, both Democrats and Republicans, are in the process of changing America from a sovereign nation and transforming it into a part of the New World Order, with regional and global governance based on international law. Under this new system of control the freedom we know will be lost. Our First and Second Amendments, already under attack, will be history. Americans are being “taught” to think of themselves as citizens of North America as well as citizens of the world. The goal of this site will be to focus on events and movements that will impact the future of America.

Our success is built on a commitment to providing you great value in lawncare. We specialize in bringing you a wide variety of tools. Our emphasis is on quality, value and service. Phone: 321-636-0523 Map!

Today in America there is a continuing invasion, called Reconquista, being carried out by tens of millions of illegal aliens from Mexico. Supported by the government of Mexico, the goal is to reclaim the Southwestern United States plus ethnically cleanse the gringos [white Americans] from the region. The Last Gringo covers this well-documented Mexican invasion and other forces that are aiding the movement by simply pursuing their own goals.
Meanwhile, members of Congress, both Republicans and Democrats, continue their efforts to pass a comprehensive immigration bill that will legalize tens of millions of Mexicans, and, according to recent polls of Mexicans, could spark a larger exodus to America. 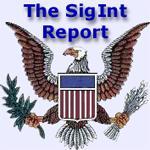 “Truth can change as knowledge increases; but not for the true believer.”
The Sigint Report covers threats to America and its citizens, both from internal and external sources. Some threats, such as Islamic terrorists, present a danger from abroad, either to our interests overseas or internally, to targets on American soil. Other threats, for example, overpopulation and the resulting resource shortages, are moving relentlessly toward a showdown with the earth’s inhabitants.

The Southern Blog is my opportunity to share with others some of the unusual places and events that few have experienced.